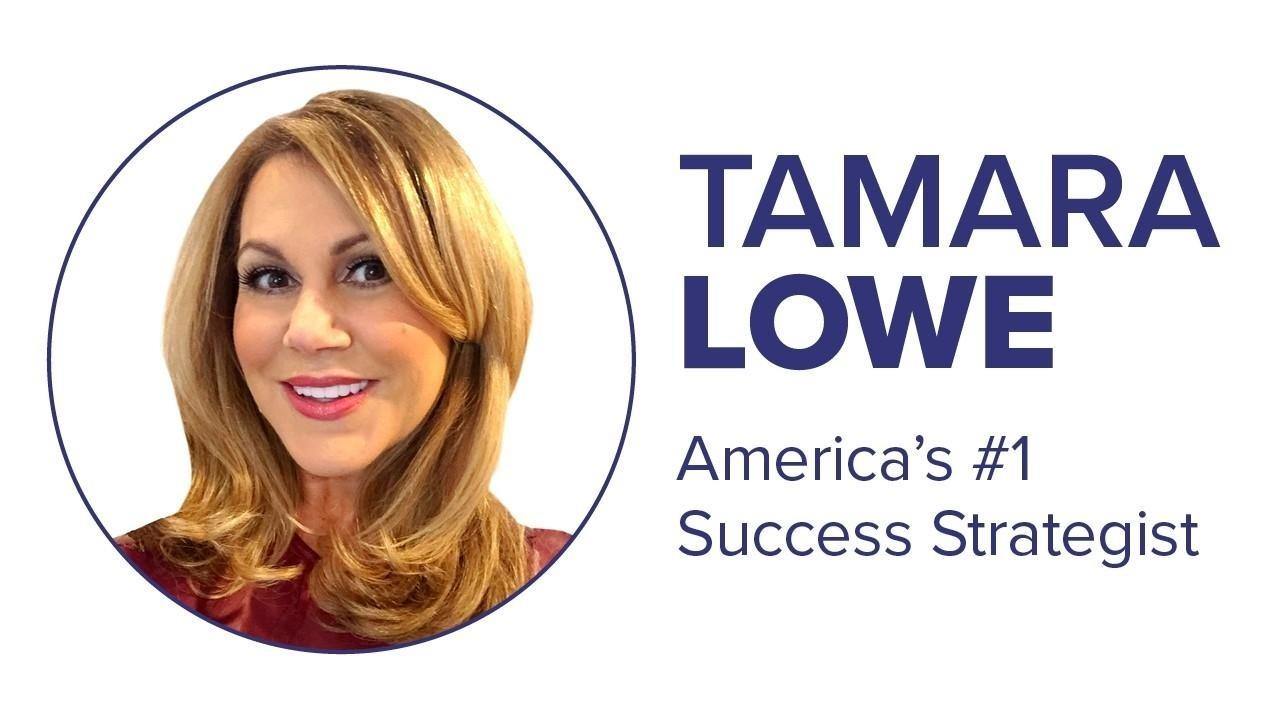 How To Smoke Out Satan's Schemes

“Once upon a time…” Every fine tale of victors and villains begins with this iconic introduction.

Today I will tell you a true tale of victors and villains in a Kingdom here and now. This is a story about what to do when you face a character assault from malicious mudslingers and villains with poisonous pens.

I’m pivoting from my typical business topics in this blog post, but not entirely. If you are a Christian in business, believe me, the (spiritual) struggle is real.

I have Good News for you today, but we must start with a realistic assessment of the problem before I give you solutions. So let’s get right to it: Fellow business owners, my brothers and sisters in Christ, as one who has made my living with my own enterprises from the age of 22, I say with authority, the devil wants to steal, kill and destroy your business, your ministry and your reputation.

The devil does not want you to prosper.

There, I said it. Label me a religious fanatic, a “name-it-and-claim-it heretic,” if you wish.

Fellow Christian business owners: employee theft, turnover, mismanagement, negligence, embezzlement, stealing of trade secrets, and a myriad of other devilish difficulties are very often spiritual attacks against your business because the devil does not want you to prosper.

Now the Good News is that God does want you to prosper! And you have irrevocable, ironclad, take-it-to-the-bank Biblical promises, backed by Heaven, that you will be blessed. Of course, like any financial vehicle, we have to cash them in to enjoy the benefits.

As a believer, you certainly understand that there is a classic struggle between good and evil. And the struggle is real. This is not a proverbial or metaphorical contention. It is a very real spiritual battle that we are engaged in.

In 2 Corinthians 2:11 the Apostle Paul said, “we are not unaware of satan’s schemes.”

No, we’re not. But sometimes we need a reminder. Let this humble blog post serve as a reminder.

We have spiritual authority, but only if we use it.

Imagine being surrounded by a gang of thugs who want to rob and kill you. Unprotected, you are at their mercy.

Now imagine for a moment that you have all the firepower of an army; all manner of weaponry from body armor to bombs, grenades, cannons, tanks, knives, and everything in between.

No gang of thugs would touch you; you are simply too well protected to be a vulnerable target.

That is unless you just don’t use your weapons. Then you’re back to square one: at their mercy.

So we must start with awareness, and use our superior spiritual weaponry to combat the enemy’s schemes.

Satan has many schemes. (I prefer not to capitalize the s in satan, by the way. It’s not a typo when you see that. It’s my personal preference as I do not care to give the enemy the respect implied by an initial cap. But I’m also too busy or too lazy to manually correct the auto-cap feature when I type satan at the beginning of a sentence).

By the way, lest it be said that I “see devils under every rock” (Why do the pharisaical set love unimaginative clichés so much?!) I want you to understand that I’m not giving elevated focus to a vanquished enemy. I’m just not unaware of his schemes. And I don’t want you to be either.

I could not have made it as far as I have in business or ministry if I didn’t learn some hard-won spiritual lessons along the way. And I am not doing my job as a mentor and coach unless I communicate them to you. Thus, this blog article, which is the first in a series of spiritual lessons for business and life.

Now then, let’s start with Lesson 1: Reputation Pollution. This one is a doozy.

It’s easy for the enemy to execute character assassination because it merely requires gossip and criticism, judgment and pride… and humans, both inside and outside of the Church (capital C) have plenty of that.

Therefore, a few wagging, forked tongues and your reputation can be sullied.

Remember, the enemy has to be strategic because (unlike you, my blessed believer) he has limited bullets.

We outnumber him, at least 2 to 1. There are more angels than demons.

The devil cannot be everywhere simultaneously. He is not like our awesome omniscient God. So, he has to pick his battles, deploy his forces strategically, and pollute. He is very, very good at pollution.

A little bit of gossip spreads like the slick, black sludge of the Exxon Valdez.

It’s an insidious strategy, really. Start a rumor, watch it spread. Very cost effective too when you have limited bullets.

I’ve been accused of all manner of evils, including:

Yeah, I just love that one! It’s a cacophony of so many confusing contradictions.

I’m tempted to turn off the comments for this article because the vile-spewing are sure to show up to contribute to the pollution, but that brings us to the lesson portion of my lengthy, informative and hopefully entertaining blog. (At least I’m entertained by it!)

Here’s the bottom line: Since the devil can’t destroy the Message, his strategy is to destroy the credibility of the messenger.

Before I share how I deal with gossip, lies, allegations, mean-spirited criticism and the like, first let me make you aware of this foundational fact: If you do anything significant in the Kingdom, you will have detractors.

If you can’t handle that you’ll have to stop storing up treasure in heaven. Criticism is the price you pay for being a soldier of the Cross. If you don’t want to be criticized never be anything, have anything, say anything or do anything.

The enemy’s purpose in reputation pollution is to distract, derail, discredit and discourage you. My friend, you do not owe your accusers a reply. If you stop to throw a rock at every barking dog, you’ll never get to your destination. Jesus was silent before his accusers and let his sacrificial actions do the talking.

Here are 3 ways I deal with Reputation Pollution and how you can too:

"When Sanballat, Tobiah, Geshem the Arab, and the rest of our enemies heard that I had rebuilt the wall and that there were no more breaks in it—even though I hadn’t yet installed the gates— Sanballat and Geshem sent this message: “Come and meet with us at Kephirim in the valley of Ono.”

I knew they were scheming to hurt me so I sent messengers back with this: “I’m doing a great work; I can’t come down. Why should the work come to a standstill just so I can come down to see you?"

Four times they sent this message and four times I gave them my answer.

The fifth time—same messenger, same message—Sanballat sent an unsealed letter with this message:

"The word is out among the nations—and Geshem says it’s true—that you and the Jews are planning to rebel. That’s why you are rebuilding the wall. The word is that you want to be king and that you have appointed prophets to announce in Jerusalem, ‘There’s a king in Judah!’ The king is going to be told all this—don’t you think we should sit down and have a talk?"

I sent him back this: “There’s nothing to what you’re saying. You’ve made it all up.”

They were trying to intimidate us into quitting. They thought, “They’ll give up; they’ll never finish it.”

I prayed, “Give me strength.”

Then I met secretly with Shemaiah son of Delaiah, the son of Mehetabel, at his house. He said:

Let’s meet at the house of God,
inside The Temple;
Let’s find safety behind locked doors
because they’re coming to kill you,
Yes, coming by night to kill you.

I sensed that God hadn’t sent this man. The so-called prophecy he spoke to me was the work of Tobiah and Sanballat; they had hired him. He had been hired to scare me off—trick me—a layman, into desecrating The Temple and ruining my good reputation so they could accuse me.

“O my God, don’t let Tobiah and Sanballat get by with all the mischief they’ve done. And the same goes for the prophetess Noadiah and the other prophets who have been trying to undermine my confidence.”

The wall was finished on the twenty-fifth day of Elul. It had taken fifty-two days. When all our enemies heard the news and all the surrounding nations saw it, our enemies totally lost their nerve. They knew that God was behind this work.

2. The Isaiah Strategy: Stand on the Promises of God. Say it loud and say it proud, and feel free to punctuate it with the Almighty Name of Jesus!

"No weapon that is formed against you will prosper, and every tongue that accuses you in judgment you will refute.* This is the heritage of the servants of the LORD, And their vindication is from Me," declares the LORD. (Isaiah 54:17)

“Behold, I give unto you power to tread on snakes and scorpions, and over all the power of the enemy: and nothing shall by any means harm you.” (Luke 10:19)

3. The Reconciliation Strategy: Win Your Brother Over. I use this one sparingly because most accusers are not interested in reconciliation. They are irrational and unreasonable creatures. I prefer to do better things with pearls of wisdom than cast them to swine. (Settle down, I’m not calling people pigs. I have four degrees in theology, of course, I know that our struggle is not against flesh and blood but wicked spiritual forces!)

Nevertheless, in certain God-prompted cases, I will kindly and firmly confront the accuser. Such an instance happened recently when I was scathingly criticized on Facebook by a Christian lady who had never heard me speak, never read my writing, and knew absolutely nothing about what I teach. I looked at her FB profile and postings to get a sense of who she was, then I sent her this instant message:

“Hi Holly, Tamara Lowe here… you seem like a really sweet lady. I do read these posts and it sometimes makes me sad that people who don’t know me would feel so free to publicly ridicule me. I’m just doing what the Lord called me to do and it appears to be beneficial to many. Last year we helped more than 200 Christian leaders become #1 bestselling authors, and thousands more hit the bestseller lists, and thousands more write books, and thousands more start ministries and businesses.

“You are a leader, Holly, and in the future, I believe you will have many followers. Hopefully, when God uses you in such a way, you won’t have to endure criticism from strangers who don’t know you or your heart. But you probably will, and by then you’ll be more tenderhearted toward other leaders. We’re on the same team you know, Holly. Satan is the accuser of the brethren. He does his job just fine without our help.”

Since you, beloved reader, have reached the end of this long article, you deserve a “happily ever after” and here it is….

Holly responded contritely, with a sweet teachable spirit. She said she had removed her critical comment and apologized for making it. I’ve been mentoring her ever since. :)

*This article is my refutation to every accusing tongue.